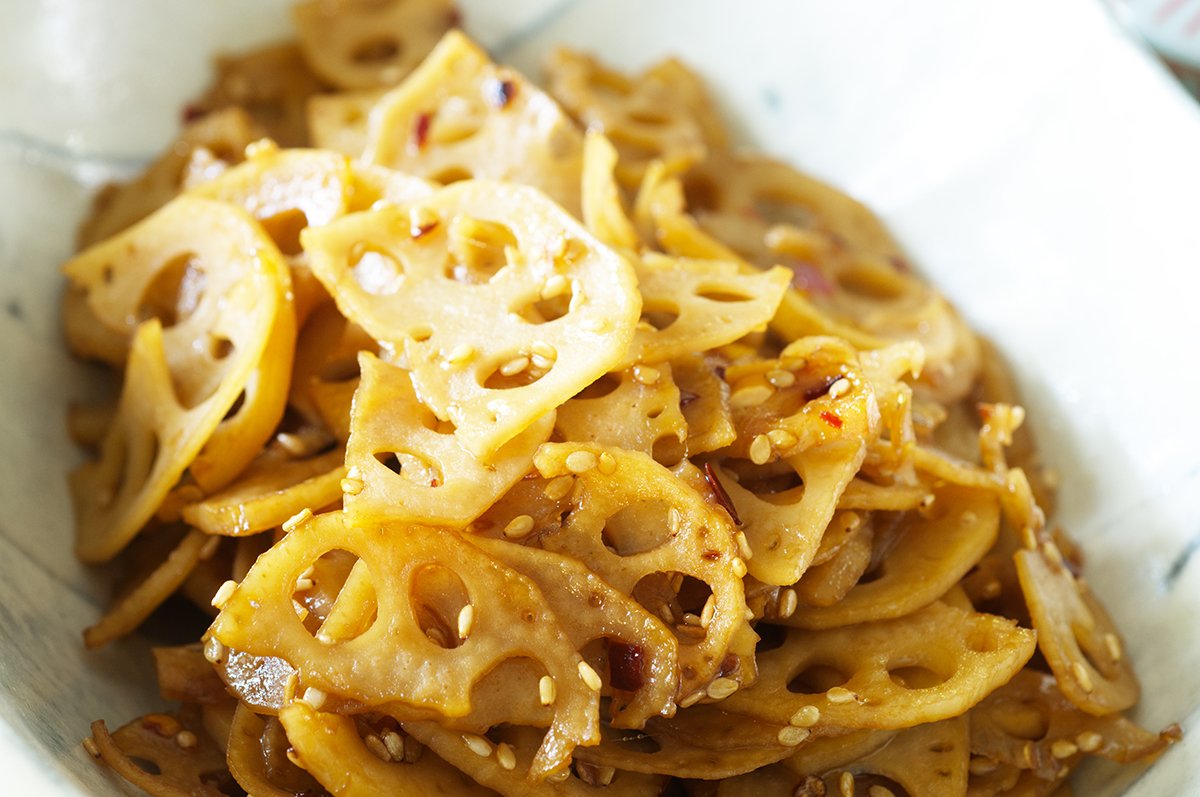 Need to get out of a side dish rut? I’ve got you. This Japanese style stir fried lotus root dish, known as Kinpira Renkon, will help you shake things up. It’s a quick and simple veggie side that delivers phenomenal flavor, and complements just about any main dish.  It’s even delicious cold, and is often packed in Japanese lunches the next day. Kinpira Renkon is a veggie dish for the veggie haters, so let’s get into it. Lotus root not only looks really cool, it also has a wonderfully crunchy texture and mildly sweet flavor. Throughout Asia, it is enjoyed in soups and stews, fried to make delicious chips, added to stir fries, and even blanched and added to salads. It has lots of health benefits, from improving digestion to lowering blood pressure. Lotus root looks not unlike potatoes or other root vegetables, until you cut into it. I start making Kinpira Renkon by first peeling and slicing the lotus root, and then soaking it in water with a little vinegar. This prevents the lotus root from turning brown. Keep the lotus root soaking until you’re ready to cook. Then drain it fully and proceed. Kinpira is a Japanese method of cooking that loosely translates to ‘sauté and simmer’. (For another kinpira recipe, try this burdock root dish) First the vegetable gets stir fried, and then a sweet and savory sauce is added.  The sauce has all the usual Japanese suspects: sake, mirin, and soy sauce. You know these ingredients get used frequently on this blog, so I hope they have a permanent place in your pantry. Lotus root has a tendency to stick to each other and the pan, so use a pair of chopsticks, wooden spoon, or a spatula to keep things moving. I love to serve Kinpira Renkon with rice and several other plant based dishes for a meatless dinner. Try it with:

I hope this drags you out of your same old, same old veggie side dish rut. Give it a try and let me know what you think, comment and rate on the recipe below and show off your creation by tagging @funkyasiankitchen, we love hearing from you! For the Lotus Root:

*Kinpira renkon is delicious hot or cold and is often served in lunch boxes. Leftovers can keep in the fridge for several days. 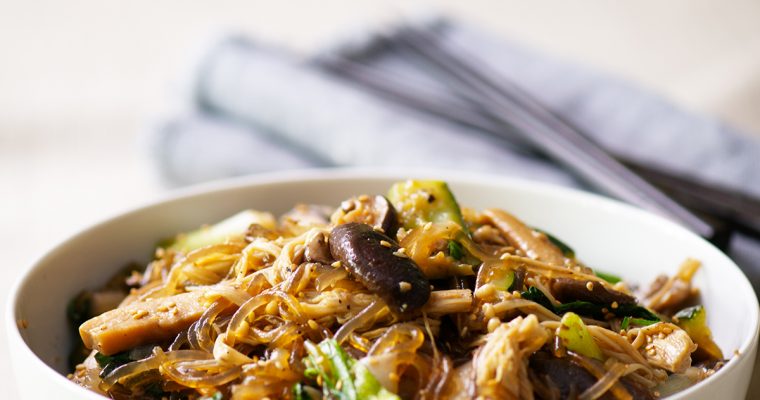 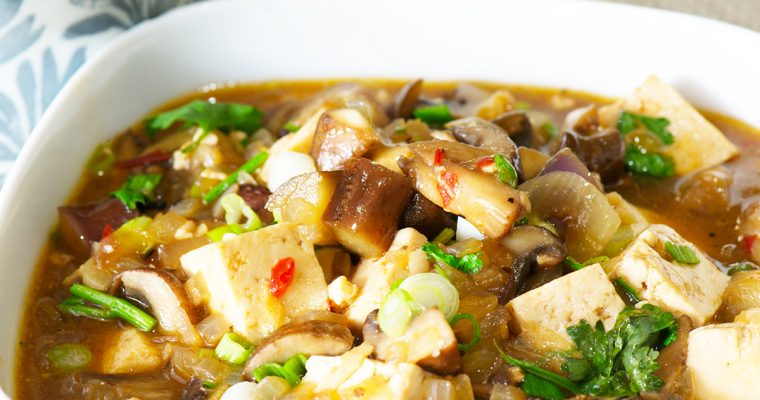